Great source for Omegas 3 and 6.

We all suffer from what Science and Medicine has already termed as (CED) or (CECD).

Scientific research has shown that phytocannabinoids may be therapeutic for many conditions, including those listed below.

Click on a condition for links to medical research.

The United States Government aquired the Patent for CBD over 15 years ago.

"Cannabinoids As Antioxidants And Neuroprotectants"

"Cannabinoids have been found to have antioxidant properties, unrelated to NMDA receptor antagonism. This new found property makes cannabinoids useful in the treatment and prophylaxis of wide variety of oxidation associated diseases, such as ischemic, age-related, inflammatory and autoimmune diseases. The cannabinoids are found to have particular application as neuroprotectants, for example in limiting neurological damage following ischemic insults, such as stroke and trauma, or in the treatment of neurodegenerative diseases, such as Alzheimer's disease, Parkinson's disease and HIV dementia. Nonpsychoactive cannabinoids, such as cannabidoil, are particularly advantageous to use because they avoid toxicity that is encountered with psychoactive cannabinoids at high doses useful in the method of the present invention. A particular disclosed class of cannabinoids useful as neuroprotective antioxidants is formula (I) wherein the R group is independently selected from the group consisting of H, CH.sub.3, and COCH.sub.3. ##STR1##”

"Use Of Cannabinoids As Anti-inflammatory Agents"

What Is The Endocannabinoid System?

The endogenous Endocannabinoid system is perhaps the most important physiologic system in maintaining homeostasis in human health. It is named after the study of Cannabis and how it interacts with the human body down to the cellular level. Endocannabinoids and their receptors (the CB1 and CB2 receptors) are found throughout the entire body including your immune cells, connective tissue, organs, glands, and the brain. In each tissue, the cannabinoid system performs a variety of different tasks. The goal of homeostasis is always the same which is the maintenance of a stable internal environment despite fluctuations in the external environment.

Homeostasis at every level of biological life, from the organism, to the cellular level and most likely to the community and beyond is enhanced greatly by cannabinoids. One perfect example would be how the cannabinoid system mediates a process known as autophagy. This process allows a cell to sequest part of its contents to be self-digested and recycled. While this process keeps normal cells alive, allowing them to maintain a balance between the synthesis, degradation, and subsequent recycling of cellular products, it has a deadly effect on malignant tumor cells known as apoptosis which causes cells to consume themselves in a programmed cellular suicide. The death of cancer cells, of course, promotes homeostasis and survival at the level of the entire organism.

Endocannabinoids and cannabinoids are also found at the intersection of the body's various systems, allowing communication and coordination between different cell types. At the site of an injury, for example, cannabinoids can be found decreasing the release of activators and sensitizers from the injured tissue, stabilizing the nerve cell to prevent excessive firing, and calming nearby immune cells to prevent release of pro-inflammatory substances. Three different mechanisms of action on three different cell types for a single purpose: minimize the pain and damage caused by the injury.

The endocannabinoid system, with its complex actions in our immune system, nervous system, and all of the body's organs, is literally a bridge between body and mind. By understanding this system we begin to see a mechanism that explains how states of consciousness can promote health or disease.

In addition to regulating our internal and cellular homeostasis, cannabinoids influence a person's relationship with the external environment. Socially, the administration of cannabinoids clearly alters human behavior, often promoting sharing, humor, and creativity. By mediating neurogenesis, neuronal plasticity, and learning, cannabinoids may directly influence a person's open-mindedness and ability to move beyond limiting patterns of thought and behavior from past situations. Reformatting these old patterns is an essential part of health in our quickly changing environment. 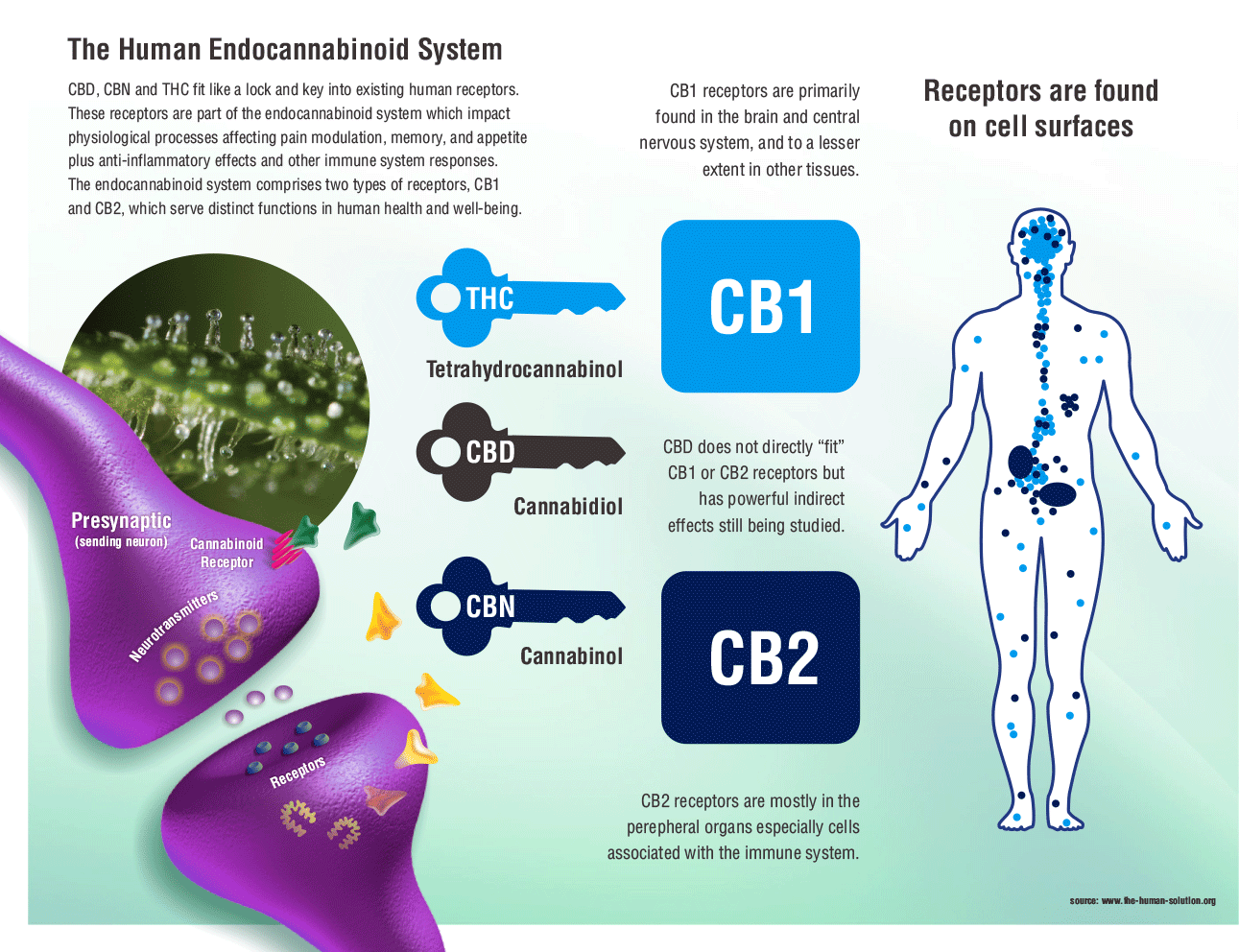 What Are Cannabinoid Receptors?

While it may seem we know a lot about cannabinoids, the estimated twenty thousand scientific articles have just begun to shed light on the subject. Large gaps likely exist in our current understanding, and the complexity of interactions between various cannabinoids, cell types, systems and individual organisms challenges scientists to think about physiology and health in new ways. The following brief overview summarizes what we do know.

Endocannabinoids are the substances our bodies naturally make to stimulate these receptors. The two most well understood of these molecules are called anandamide and 2-arachidonoylglycerol (2-AG). They are synthesized on-demand from cell membrane arachidonic acid derivatives, have a local effect and short half-life before being degraded by the enzymes fatty acid amide hydrolase (FAAH) and monoacylglycerol lipase (MAGL).

Interestingly, the cannabis plant also uses THC and other cannabinoids to promote its own health and prevent disease. Cannabinoids have antioxidant properties that protect the leaves and flowering structures from ultraviolet radiation - cannabinoids neutralize the harmful free radicals generated by UV rays, protecting the cells. In humans, free radicals cause aging, cancer, and impaired healing. Antioxidants found in plants have long been promoted as natural supplements to prevent free radical harm.

Laboratories can also produce cannabinoids. Synthetic THC, marketed as dronabinol (Marinol), and nabilone (Cesamet), a THC analog, are both FDA approved drugs for the treatment of severe nausea and wasting syndrome. Some clinicians have found them helpful in the off-label treatment of chronic pain, migraine, and other serious conditions. Many other synthetic cannabinoids are used in animal research, and some have potency up to 600 times that of THC. 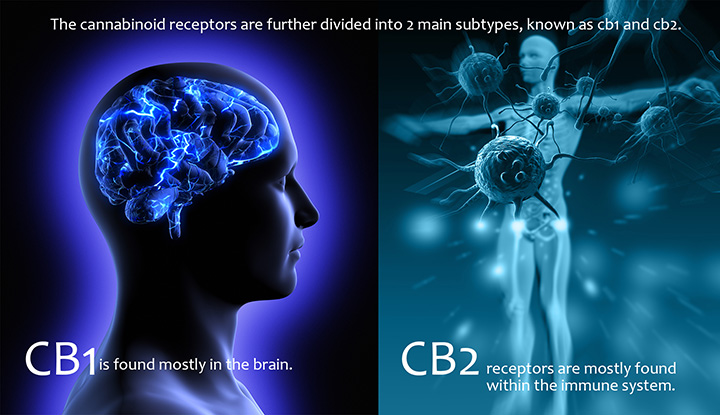 As we continue to sort through the emerging science of cannabis and cannabinoids, one thing remains clear: a functional cannabinoid system is essential for health. From embryonic implantation on the wall of our mother's uterus, to nursing and growth, to responding to injuries, endocannabinoids help us survive in a quickly changing and increasingly hostile environment. As I realized this, I began to wonder: can an individual enhance his/her cannabinoid system by taking supplemental cannabis? Beyond treating symptoms, beyond even curing disease, can cannabis help us prevent disease and promote health by stimulating an ancient system that is hard-wired into all of us?

I now believe the answer is yes. Research has shown that small doses of cannabinoids from cannabis can signal the body to make more endocannabinoids and build more cannabinoid receptors. This is why many first-time cannabis users don't feel an effect, but by their second or third time using the herb they have built more cannabinoid receptors and are ready to respond. More receptors increase a person's sensitivity to cannabinoids; smaller doses have larger effects, and the individual has an enhanced baseline of endocannabinoid activity. I believe that small, regular doses of cannabis might act as a tonic to our most central physiologic healing system.

Many physicians cringe at the thought of recommending a botanical substance, and are outright mortified by the idea of smoking a medicine. Our medical system is more comfortable with single, isolated substances that can be swallowed or injected. Unfortunately, this model significantly limits the therapeutic potential of cannabinoids.

Unlike synthetic derivatives, herbal cannabis may contain over one hundred different cannabinoids, including THC, which all work synergistically to produce better medical effects and less side effects than THC alone. While cannabis is safe and works well when smoked, many patients prefer to avoid respiratory irritation and instead use a vaporizer, cannabis tincture, or topical salve. Scientific inquiry and patient testimonials both indicate that herbal cannabis has superior medical qualities to synthetic cannabinoids.

In 1902 Thomas Edison said, "There were never so many able, active minds at work on the problems of disease as now, and all their discoveries are tending toward the simple truth that you can't improve on nature." Cannabinoid research has proven this statement is still valid.

So, is it possible that medical cannabis could be the most useful remedy to treat the widest variety of human diseases and conditions, a component of preventative healthcare, and an adaptive support in our increasingly toxic, carcinogenic environment? Yes. This was well known to the indigenous medical systems of ancient India, China, and Tibet, and as you will find in this report, is becoming increasingly well known by Western science. Of course, we need more human-based research studying the effectiveness of cannabis, but the evidence base is already large and growing constantly, despite the DEA's best efforts to discourage cannabis-related research.

Does your doctor understand the benefit of medical cannabis? Can he or she advise you in the proper indications, dosage, and route of administration? Likely not. Despite the two largest U.S. physician associations (American Medical Association and American College of Physicians) calling for more research, the U.S. Congress prohibiting federal interference in states' medical cannabis programs, a 5,000 year history of safe therapeutic use, and a huge amount of published research, most doctors know little or nothing about medical cannabis.

This is changing, in part because the public is demanding it. People want safe, natural and inexpensive treatments that stimulate our bodies' ability to self-heal and help our population improve its quality of life. Medical cannabis is one such solution. This summary is an excellent tool for spreading the knowledge and helping to educate patients and healthcare providers on the scientific evidence behind the medical use of cannabis and cannabinoids. 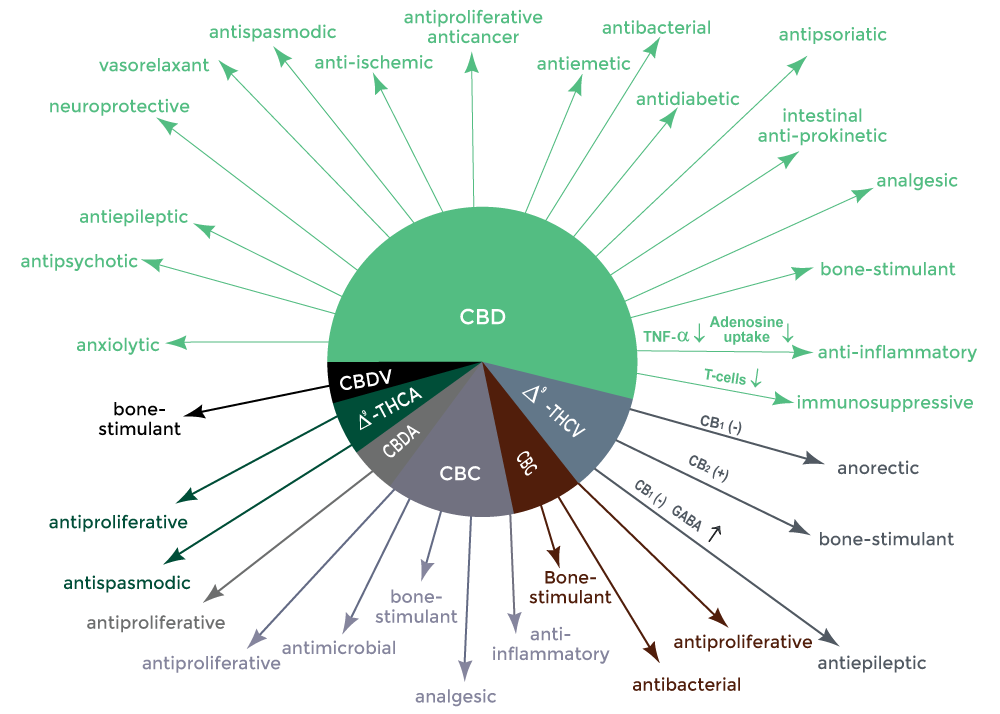 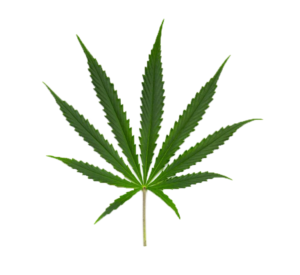